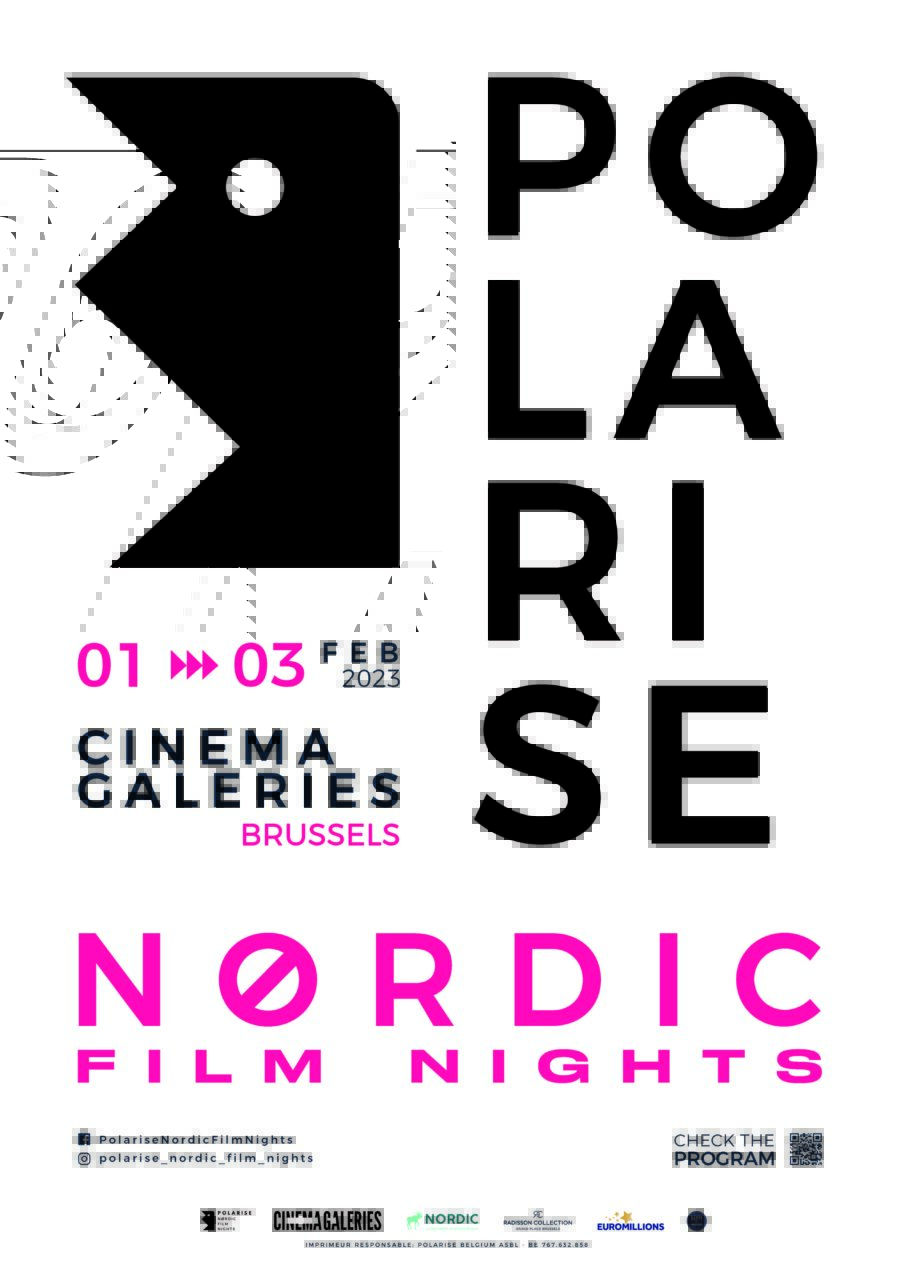 From the 1st to the 3rd of February, discover Nordic movies with f Polarise Film Festival !

Nordic films come back to Brussels for the second edition of Polarise Nordic Film Nights! Meet us at the Cinema Galeries to share an outstanding selection of features and short films on 1 – 3 February 2023.

From the 1st to the 3rd of February, discover Nordic movies with f Polarise Film Festival !

The selection includes everything from feel-good to contemplative features, music documentaries, and visionary shorts. Naturally, the screenings will be accompanied by meetings and Q&As with key members of the cast and crew. Opening Double Bill: The festival launches with two gems on Wednesday 1 February! We start with the premiere of Woman at Sea by Dinara Drukarova, which won acclaim at the 2022 San Sebastian Film Festival and is inspired by best-selling novel Le Grand Marin by Catherine Poulain. You may be familiar with Dinara Drukorova from her role as the illuminating and entertaining female lead in Compartment no.6 by Juho Kuosmanen (our first Polarise Nordic Film Nights opening film). We now have the privilege of showcasing her work as a director. This first feature is a poetic and engaging story about the exhilarating freedom of leaving the past behind to travel to the edges of the earth and live as a North Sea fisherwoman. Starring Belgian actor Sam Louwyck and Icelandic celebrity Björn Hlynur Haraldsson (Lamb, Blackport), Woman at Sea is a celebration of freedom.