Directed byCeylan Nuri Bilge
Our programme is updated every Monday evening for the coming week. No shows found for this movie.
Share on 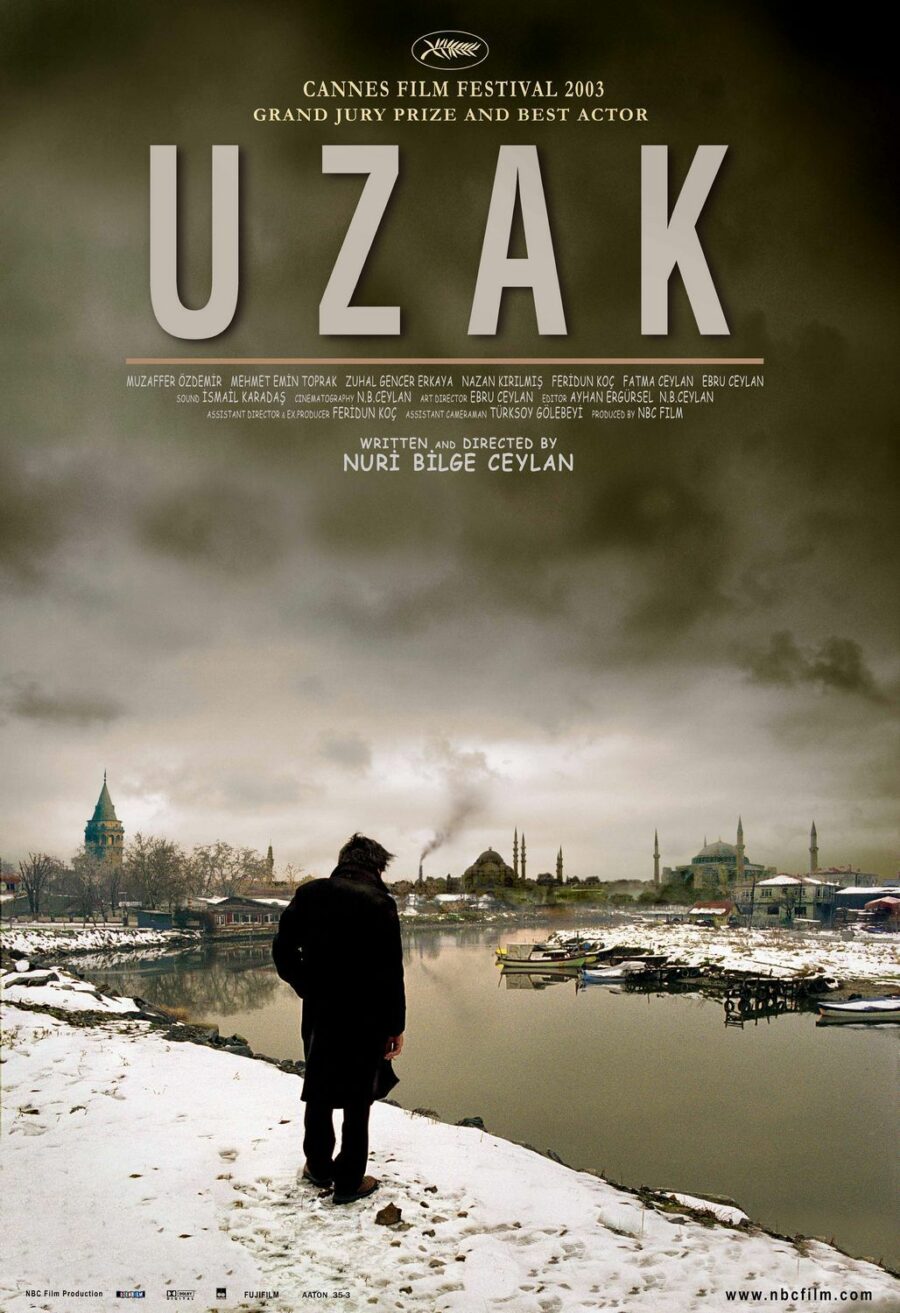 Directed byCeylan Nuri Bilge
Our programme is updated every Monday evening for the coming week. No shows found for this movie.

Our programme is updated every Monday evening for the coming week. No shows found for this movie.

As part of the event

Nuri Bilge Ceylan was born in Istanbul on January 26th, 1959. In 1976, he began studying chemical engineering at Istanbul Technical University, in a context of strong student unrest, boycotts and political polarization. In 1978, he switched courses to Electrical Engineering at Bogazici University. There, he developed a strong interest in image, entering the photography club at the university. This is also where he fed his taste for visual arts and classical music, by means of the vast resources of the faculty librarians. He also began to take film classes and attend screenings at the Film Society, which reinforced his love of cinema, born years earlier in the dark rooms of the Istanbul Cinematheque. After his 1985 Graduation, he traveled to London and Kathmandu, which allowed him to take the opportunity to reflect upon his future. He returned to Turkey for his 18 months military service and at that moment decided to dedicate his life to cinema. Thereafter, he studied film at the University Mimar Sinan, and worked as a professional photographer to make a living. After 2 years, he decided to abandon his studies to practice. He started with acting, in a short film directed by his friend Mehmet Eryilmaz, while helping with the technical production process. In late 1993, he began shooting his first short film, Koza. The film was screened at Cannes in May 1995 and became the first Turkish short film to be selected for competition. Three full-length feature films followed - the 'provincial trilogy' ; Kasaba (1997), Mayis Sikintisi (1999) and Uzak (2002). In all of these films, Ceylan took on just about every technical role himself: the cinematography, sound design, production, editing, writing and direction... Uzak won the Grand Prix and Best Actor (for the two main actors) in Cannes in 2003, making Ceylan an internationally recognized director. Continuing his tour of festivals after Cannes, Uzak won no less than 47 awards, including 23 international prizes, and thus became the most awarded film in the history of Turkish cinema. His subsequent films were all awarded at Cannes : Iklimler won the FIPRESCI Prize in 2006, Üç Maymun won Best Director in 2008 and Bir Zamanlar Anadolu'da won the Grand Prix in 2011. In 2014, his seventh feature film Kis Uykusu won the Palme d'Or as well as the FIPRESCI prize.